AT&SF was created in 2015, but its story truly began in 2007 when two Albuquerque tourism industry professionals, Jesse Herron and Mike Silva, dreamed up ABQ Trolley Co. It took nearly two years of planning before ABQ Trolley Co. opened its doors to the public on May 5th, 2009 (Cinco de Mayo!). The Trolley’s Best of ABQ City Tour filled a long empty niche in Albuquerque, which had not had a city tour service in nearly a decade.

Over the years, Trolley tours expanded to include the world-renowned BaD Tour. Still seeking to showcase what makes Albuquerque unique, the “Trolley Guys” expanded their company offerings to include the Albucreepy Downtown Ghost Walk in 2014. It was quickly followed by the Duke City Pedaler, which hit the streets in early 2015. The LUX, a 14-passenger Mercedes Sprinter was added to offer more intimate tours. As a result of the additional offerings, the co-founders decided to rebrand their original company, and Albuquerque Tourism & Sightseeing Factory (AT&SF) was born.

Today, AT&SF offers the best in tourism and sightseeing options in Albuquerque, New Mexico. Each AT&SF endeavor celebrates Albuquerque and offers ever-increasing ways for locals and visitors to experience the city. 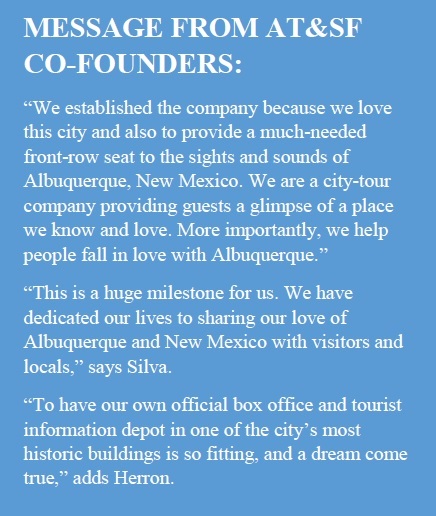 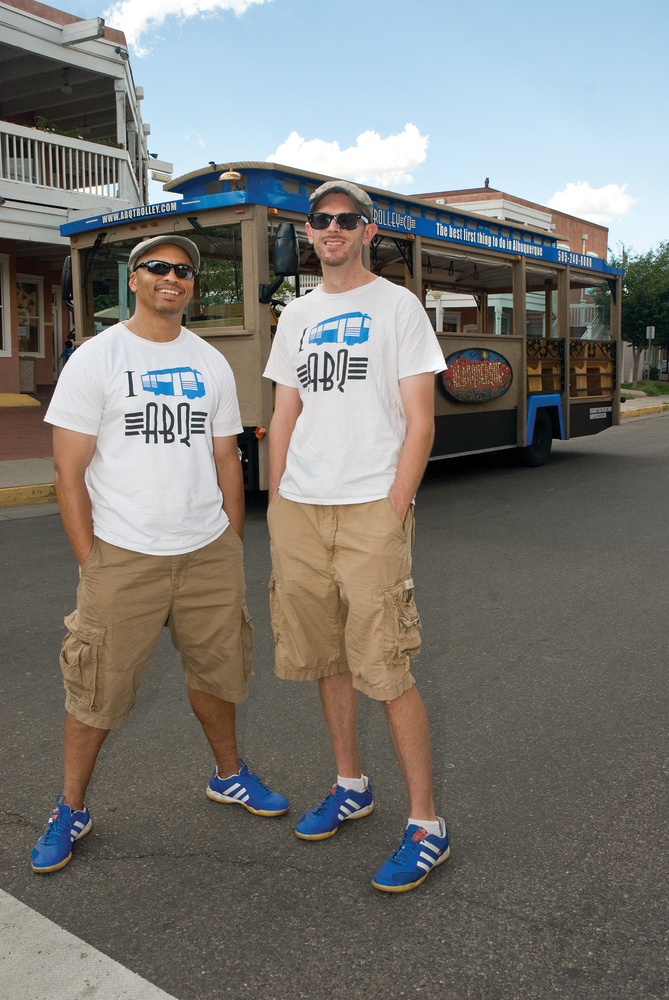